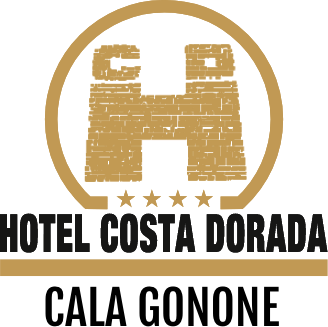 A peculiarity of Sardinia is that their inhabitants speak their own language called Sardinian. It is a neo-Latin language, with its own grammar, which has different variations based on geographical regions. This language has been able to be handed down for centuries thanks to the great attachment of the Sardinians to their traditions.
Since 1997 the Sardinian language has become the official language of Sardinia, in a co-official regime with the official language of the Italian state.

Until the middle of the last century the inhabitants of each village had their own dress that allowed them to be distinguished one from each other. These were “uniforms” that reflected the social status and moments of life of the community. A hat or a shawl placed on the head in a certain way was often enough to stand out; other times it was the puffs of the shirt or simple buttons to make the difference. Even if today it is less common, in every town you can still meet some seniors wearing some traditional garments. This is what you will be able to grasp in Sardinia: the real difference between folklore and authentic tradition!
When visiting the Island do not miss some of the most famous events that are an example of the traditions of the island: the Cavalcata Sarda in Sassari, the Festa del Redentore in Nuoro, the Sartiglia of Oristano and the Procession of Sant’Efisio in Cagliari.

Weaving, jewellery , ceramics, metals, wood, leather, leather. But also cheeses (pecorino sardo), sweets (seadas, tilicas, pabassinas etc.), bread (muddizzosu, carasau, guttiau, spianate etc.), oil, wine (cannonau, vermentino, carignano, moscato, malvasia etc.). In the surroundings of Cala Gonone it is possible to visit the artisan workshops of many of these activities.
Carasau bread is consumed in many ways. You can eat it dry (a trakeddu) to accompany salty and sweet tastes or wet with a rapid immersion in water (pane infusthu) to be wrapped around sliced meats and cheeses. Dry or wet, carasau bread continues to absorb the liquids it comes in contact with: that is why it’ s perfect to be used under juicy dishes, such as cooked rare red meat, and with any food that release oils or fats (from pork to vegetables). To wet it just place it really quickly under run water and then keep it for a few moments in a vertical position so to let water drip. The large crumbs that remain when the sheets are broken are called “farrutta, pistizzu or frikinadura” and to not waist any leftovers can be put in Caffelatte.